Raised by a scientist dad and a social worker (and politician in later life) mom, Lindy was encouraged to be creative. As a kid, some of Lindy’s early pieces were drawing elaborate zoo animals and alien creatures, making a styrofoam castle and sewing a 5 foot Raggedy Ann doll. From sewing to painting, Lindy has been making things most of her life.

In 1995, Lindy took a 3 month trek through Europe traveling through 9 countries. When she returned she decided to expand her world and move to New York City to continue her artistic path.

She established herself with an art studio in Manhattan and worked part-time for ad agencies as a graphic artist. She began showing her work with The 14th Street Painters, a group of professional and emerging artists, represented by the Earl Gallery.

Lindy’s artwork flourished with the creative environment of the city and this is where she developed her painting style.

With a long-time desire to become an art therapist, in the summer of 1999,  Lindy moved to Portland, Oregon and enrolled in the Art Therapy Masters Program at Marylhurst University. However, she decided to fore go becoming an art therapist and starting over in a new career. She began showing her work at the Talisman Gallery in Portland and working for a successful ad agency.

In 2003, Lindy married Peter Hanson, an adventure guide, and they moved to a rustic house on 10 acres in Bend, Oregon. Lindy began showing her work at The Tumalo Art Co. gallery and connected with a group of inspiring artists.

Bend’s Deschutes Brewery chose Lindy as their 2007 Jubelale artist. Her art was also chosen to be on three of the 2011 riotbars packaging, an organic dark chocolate by sweetriot, located in New York City and distributed throughout the U.S. Her art was also featured on the cover of the June 2013 edition of Arts & Health journal. 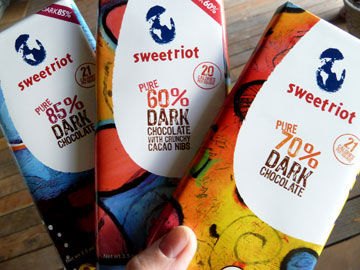 Sadly in 2005, Peter passed away from colon cancer. Lindy spent the next couple of years healing and focusing on her art.

Lindy loved her time spent in Oregon however, in December 2011, having always wanted to live in the Southwest, Lindy relocated to Prescott, Arizona where she started showing her work at Van Gogh’s Ear gallery.

In September of 2012, Lindy married artist, Greg Gaskill, and changed her name from Gruger Hanson to Lindy Gaskill and started signing her work with just her first name “Lindy”.

In Dec. 2014, Lindy and Greg sold their Prescott home, spent some time traveling through Mexico and then made their way back to the pacific northwest. They bought a cabin on the Skagit River near Sedro Woolley in Washington State. Lindy loves her new studio, surrounded by a magical, mossy forest and the sounds of the river.

Lindy is self-represented as of December 2014.

When Lindy isn’t in the studio painting, she loves spending time on the yoga mat, hiking nearby trails and exploring new territory with Greg. They love to travel and often can be found planning their next adventure.

If you would like to read Lindy’s resumé, go here>