This truck is like a tank. It’s the hardiest vehicle I’ve ridden in. It’s our 1964 CL1100 Harvester International pickup.

I’ve been thinking of putting one in a painting. I’ve used other vintage vehicles in some of my paintings and this truck has been calling me.

This truck originally belonged to my late husband, Peter. The first time I rode in it I felt like I was in a tank because it’s so sturdy! It has 4 wheel drive and some special gears that make it jug, jug, jug a long if you want to go through tough, rugged territory. It’s an amazing vehicle!

It had a few mechanical problems over the years but last year Greg got it running! Yay!

We’ve had fun taking it to the beach. Belle likes riding in the back. 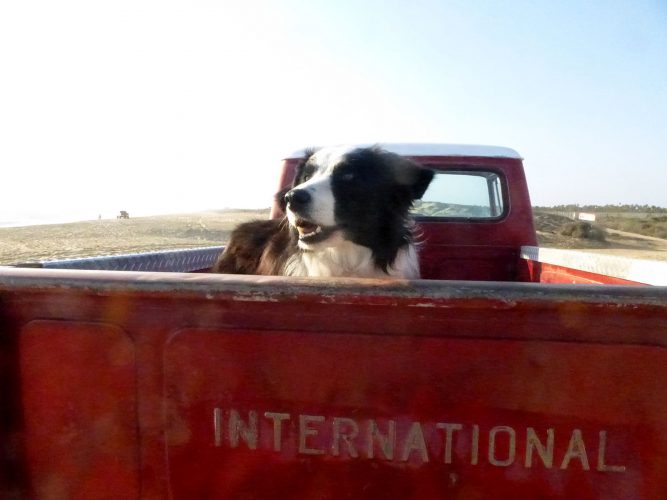 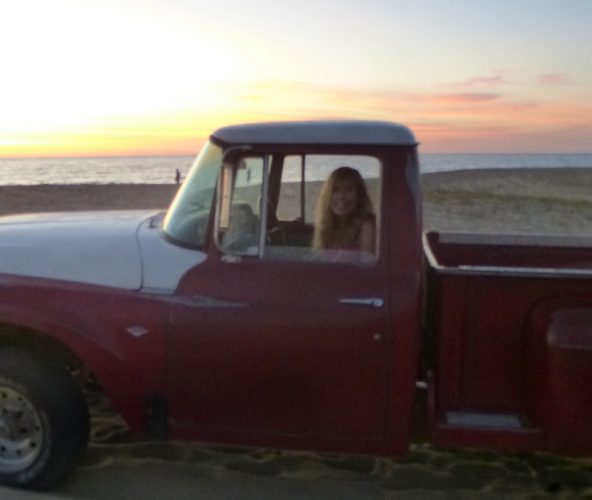 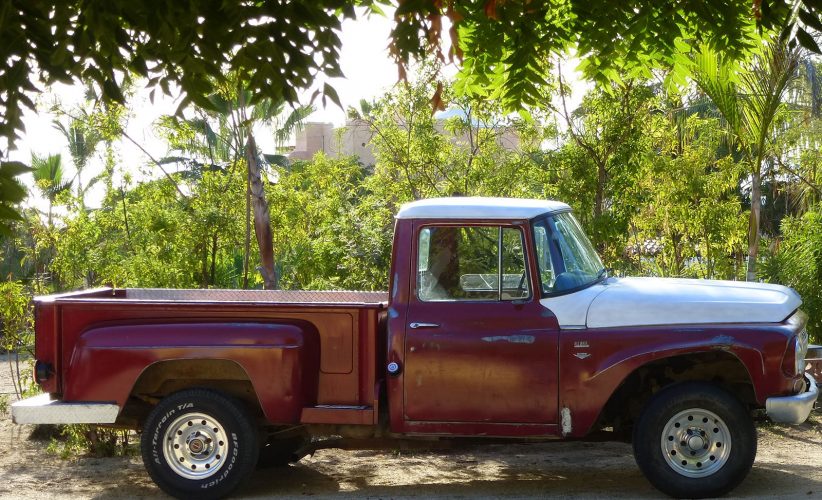 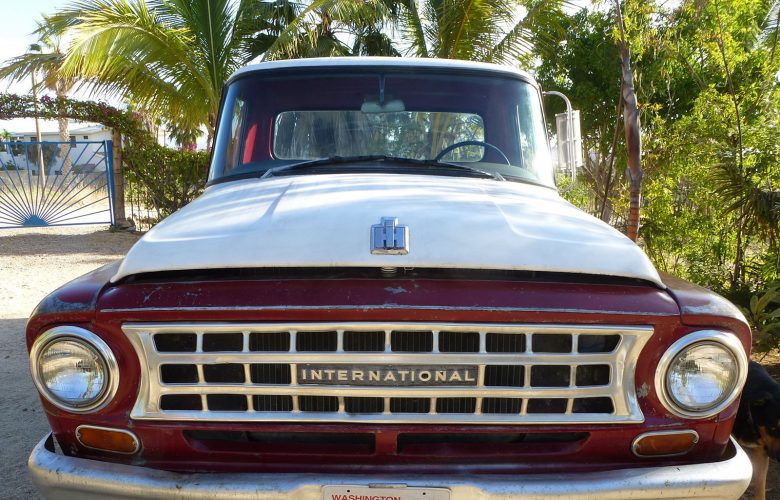 Some paintings I’ve made that were inspired by old vans (hippie vans) and cars (namely Bugs) were really fun to make so maybe a truck will be showing up soon. 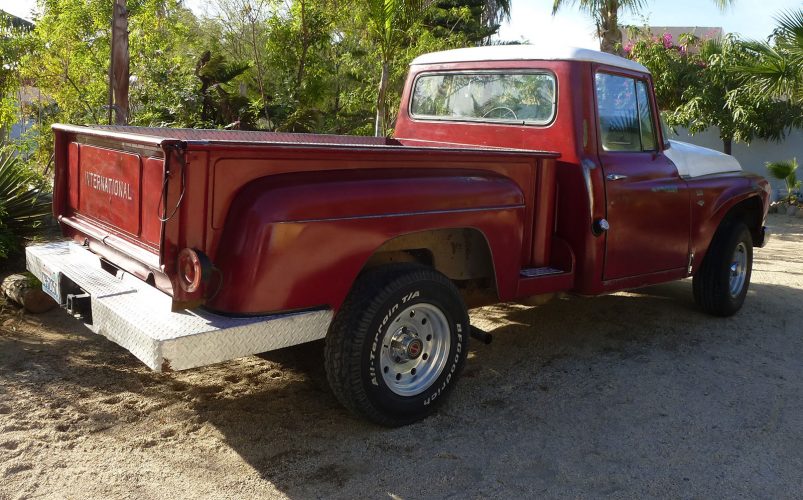 I took a bunch of photos to refer to. I’m going to do some sketches from some of them. 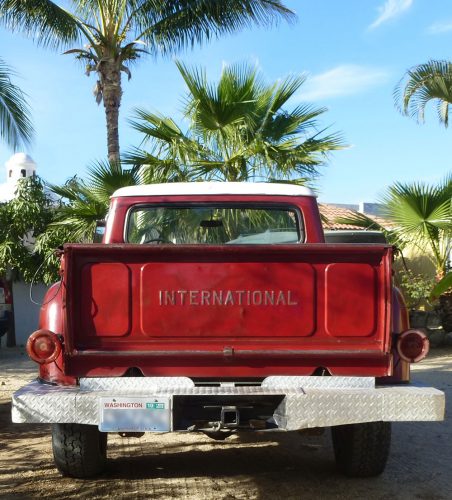